6 Secrets of the Longest Living People in the World
As most of you know, I recently visited Sardegna to take part in a 6 day cycling race called GiroSardegna. While there, we personally witnessed why the Sardegna people are amongst the longest living in the World.
One of my favourite books that I have referred to a few times in previous blogs is called Blue Zones. Author Dan Buettner and his team took it upon themselves to identify and study the habits of the longest living people in the world. Sardegna is known as one of those Blue Zones in the world that has a disproportionate number of people living over the age of 100 which are referred to as Centurions.
While I was in Sardegna, we personally witnessed many of the habits that Sardinians partake in that make them amongst the longest living populations in the World.
In fact, Tim and I did some personal research and actually drove over 4 hours to visit one of the Blue Zone areas identified in Dan’s book so we could see first hand how these people live.
Today I wanted to share the common characteristics that I witnessed and learned that likely lead to Sardegna having the most Centurions per capita than most places on the planet.

1.Eat local, plant based, unprocessed foods
Traditional Sardinians get the majority of their food from their own farms or local markets. The foods they eat are generally unprocessed and from their own land. In fact, we visited a local farm for dinner called an Agritourismo whereby 75% of what they serve comes from their own land in order for them to receive preferential tax treatment. They do consume dairy but once again it is largely local goat or sheep milk or Pecorino cheese which is made from local sheeps milk.

3.Limit meat consumption
Most Sardinian Centurions mentioned that meat was a “treat” and typically it was only consumed once per week and usually reserved for the Sunday dinner. Most of the meals we consumed were largely made up of local vegetables, grains, rice and legumes.

4.Long, Easy Exercise
As we were racing high up in the mountains, we came across many farmers that were tending to their crops, sheep, goats or cattle.  Many of them tend to go outside in the morning and spend the entire day until evening out working their farms and properties. They stay active for a prolonged period of time and don’t necessarily get their heart rate up that high.
This is in contrast to how I and many people I know exercise which is for very short bursts of time and very vigorous activity. In our world, this would support the notion of going for very long easy walks or hikes instead of 30 mins of intense exercise on a treadmill or elliptical trainer.

5.Focus on Family
The Centurions that were interviewed shared that they put family as their top priority. In fact, after raising their own family, it is common for the parents to go and live with their children and grandchildren. The “elders” are the leaders and most respected members of the family. By living with their families, it keeps them engaged, gives them purpose and they continue to feel loved by their young family members. Once again, I contrast this to our society whereby we typically send our parents or elders to retirement homes or nursing homes as they age. 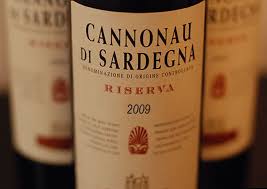 6.Drink local Cannoneau red wine
This is one of my favourite traits of the Centurions in Sardegna!
In the book Blue Zones, Dan Buettner through his interviews with Centurions identified that consumption of Red wine was very common amongst the Sardinians. They consume local wine that is made with Cannoneau grapes that have triple the artery scrubbing flavonoids than most other wines.
The years that I have attended this race in Sardegna, we have consumed their local Cannoneau Red wine in the evenings as it was served as a ‘staple” at dinner. This wine is organic and has zero additives or pesticides. Since then I have found Cannoneau wine in local liquor stores in Canada and have had the stores order it in for me as not only is the taste amazing, it is also organic and has zero preservatives or additives in it. 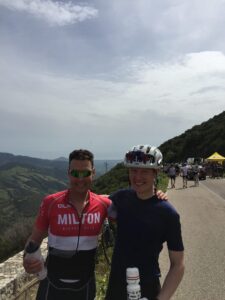 Summary
Today I shared what I witnessed about the habits of Sardinians as I was very interested in the common health habits the oldest people in the world engage in. It is a good reminder for me and hopefully you can pick up something that you will incorporate into your daily routine.
Baby Steps in Achieving Great Health
As a reminder,  in order to change your health, you need to change your behaviour and the best way to do this is one baby step at a time. Therefore, perhaps you start with just one of these Centurion habits and once you have built that into your routine, move on to another. My belief is that health benefits are best accomplished by taking baby steps. To read my blog from 2016 entitled “Baby Steps – They Key To Transforming Your Health” :http://kevinbradyhealth.ca/baby-steps-the-k…ming-your-health/ ‎Edit
To summarize, here is what you can do in your quest to be a Centurion:
1.Eat local, unprocessed foods
2.Eat an abundance of fruits, vegetables and unprocessed grains
3.Limit meat consumption
4.Engage in easy, but long exercise
5.Focus on family
6.Drink Cannoneau wine in moderation
Wishing you a health “Sardinian” day!
Kev

Kevin Brady
Kevin shares his views on health and wellness based on his own personal experiences so that he may help his audience with their own journey towards better health. Readers should consult with their medical advisors or family doctors before implementing any changes to their diet, routines or medications and supplements. The author of this blog is not legally responsible for any adverse effects/consequences that may result from the use of any information, ideas or recommendations shared here.
Recent Posts
Comments

Get my weekly blog about my journey to better health and wellness delivered straight to your inbox!

10 Hacks For A Great SleepBlog 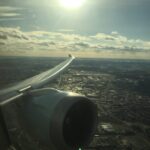